The last scenes of the project ETAP-C 22-1 Sg NIGHT/NVG were taken on Friday, 18th February and all aircrews and augmentees have been released for their way back home.

With that another fruitful project, hosted by Spain, has been concluded successfully.  The ‘Centre’ is in the happy position of having such a training area right outside its front door.

With remarkable support of the Receiving Participant (RP) Spain the Project Participants (PP) flew 91 Flying Hours in 45 missions from Zaragoza Air Base.

The day prior to their farewell the aircrews received their certificates of graduation or participation on the occasion of a small graduation ceremony. Diplomas were awarded to 34 European crew members.

During the last mission, on the night of February 16, the scenario was significantly complicated, to simulate a “Composite Air Operations” (COMAO) type operation, in which the crews had to design a complex mission plan to allow concentrating the actions and maximizing the tactical possibilities.

In this course participated two C130 “Hercules” from Poland and Norway, one C-27J “Spartan” from Italy, one C-295 from Spain, and three A400-M “Atlas” from Germany, France and Spain.

It is highly appreciated the effort made by air transport squadrons, always facing so many scheduling constraints, to attend ETAP courses. To assign demanded aircrafts and crews for a 2 week training deployment, is becoming a really difficult task. This was particularly true for this course when not only operations tempo worldwide had to be maintained, but when such an unprecedent political and military situation was challenging the stability in our borders. Hopefully peace is restored as soon as possible with the least possible loss of lives. 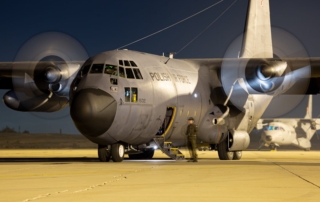 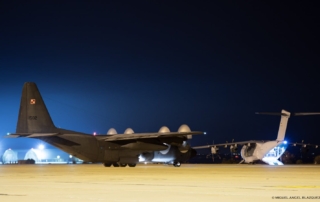 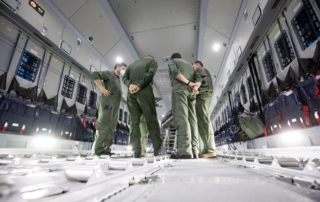 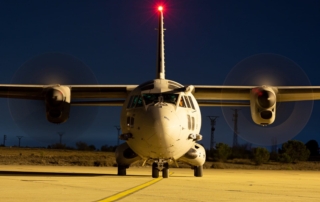