During his visit to Spain, the Deputy Director of the European Air Group (EAG), Air Commodore (Air Cdre) Hugh Smith, made a stopover at Zaragoza to pay a visit to the ‘Centre’.

Accompanied by the Spanish Senior Resident National Officer (SRNO) at EAG, TCol Andrés Alejandro Berciano Martínez, he made some proposals on how to foster the relationship between these two multinational ‘institutions’ in Europe, who are striving for the same – interoperability – however, each on a different level.

Air Cdre Smith gave a short presentation on the EAG by vividly explaining ‘who we are and what we do’,  and offered the services of EAG to ETACCOM Col Fernández, where there was mutual benefit to do so.

The ‘Centre’ highly appreciates this offer, as this provides a further opportunity to highlight our work to some European Air Chiefs next to already established ones.

Air Cdre Smith did not miss the opportunity to celebrate this significant event by signing ETAC’s ‘honour book’ and by leaving behind a draft letter as the initiation of a future potential exchange. 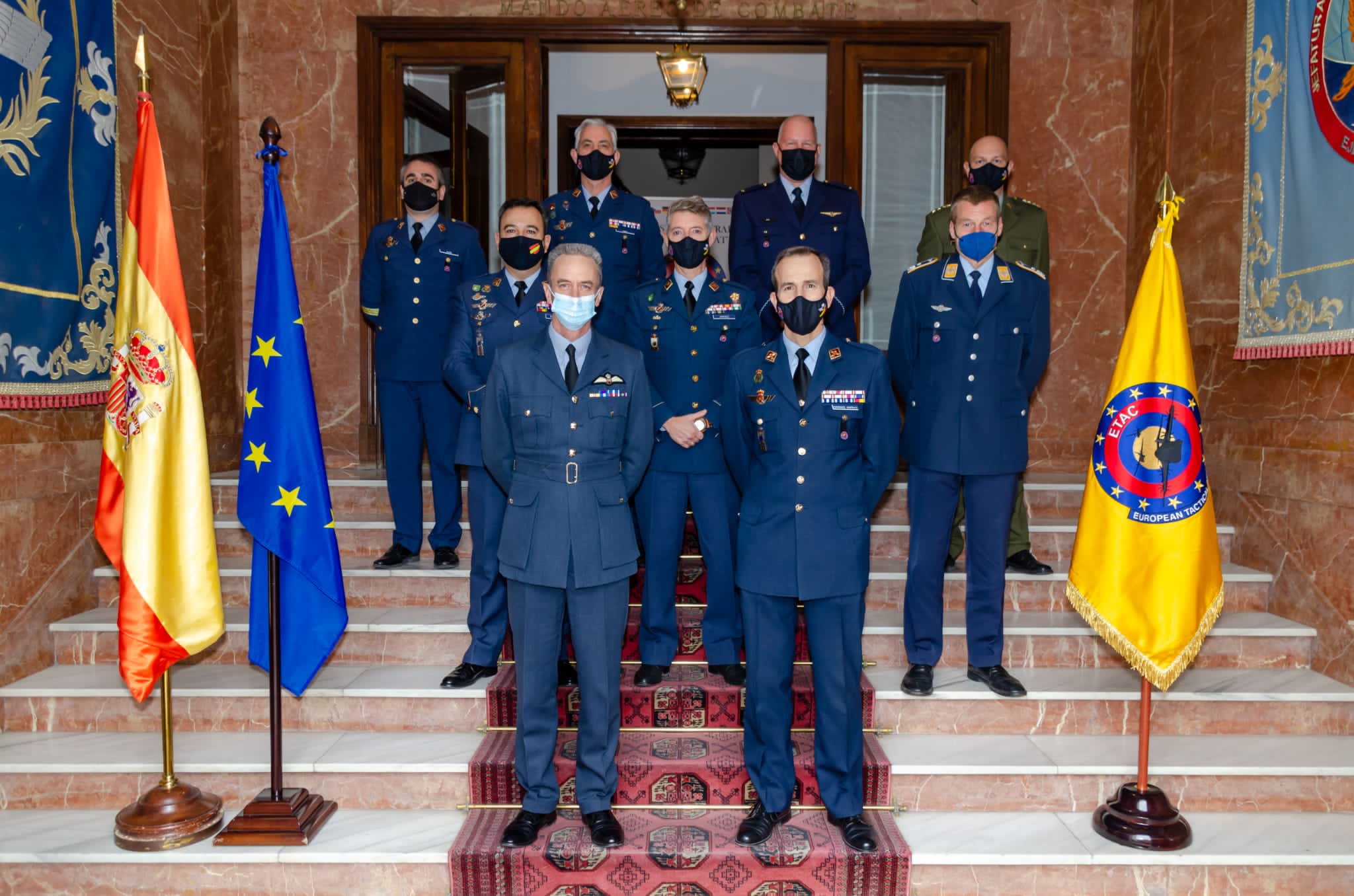 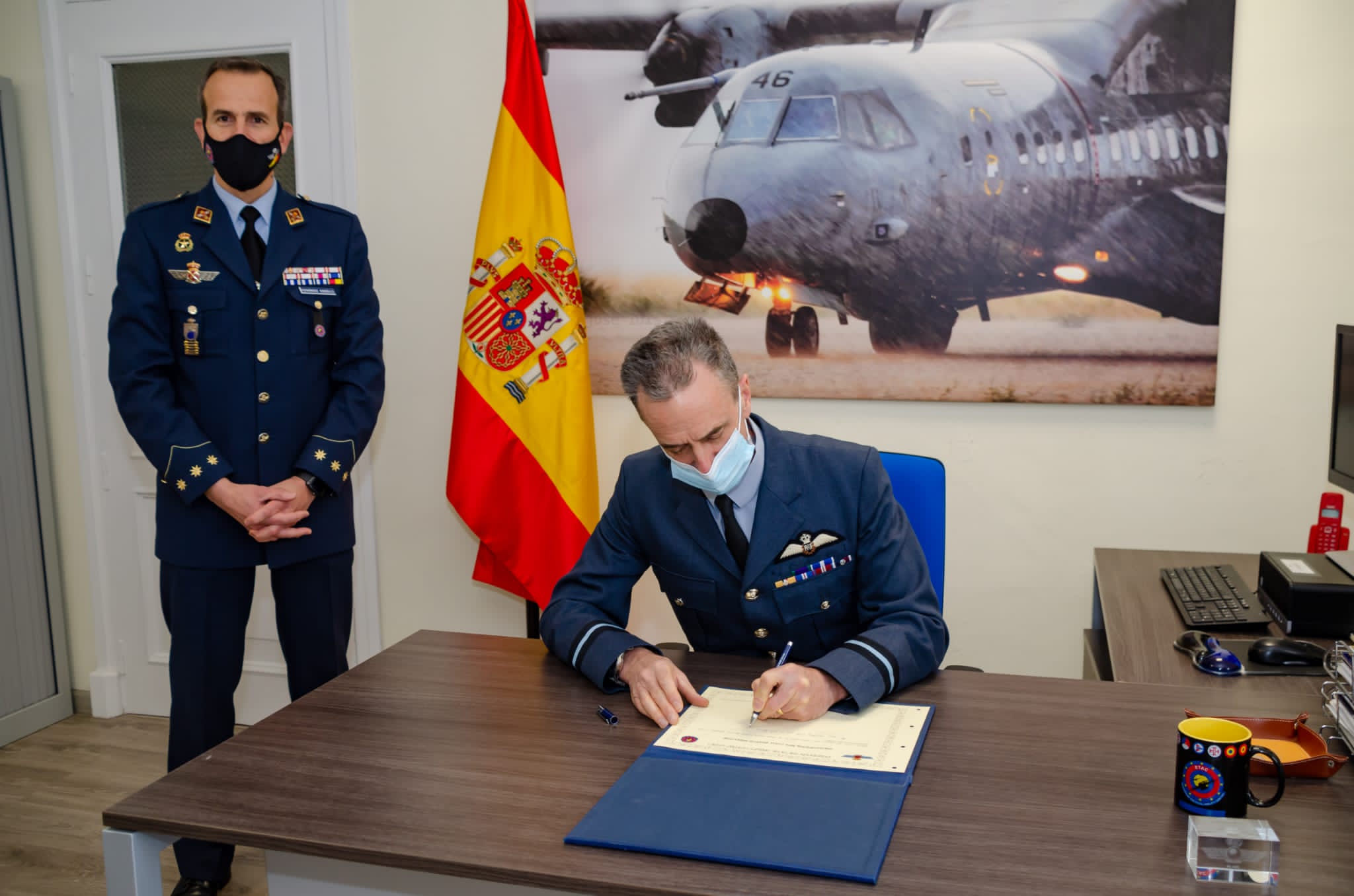